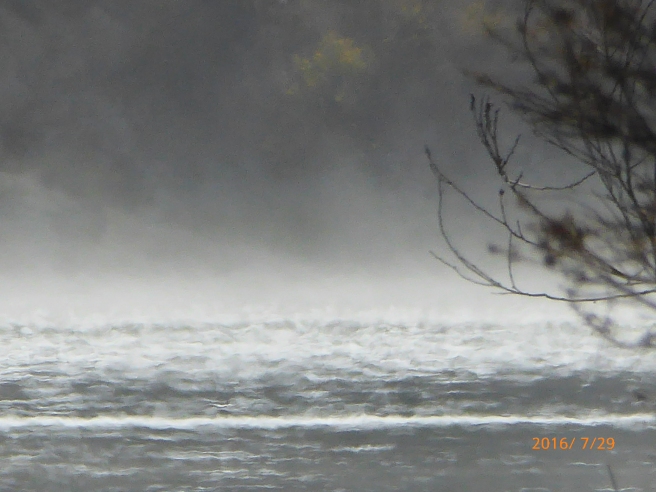 Once again you were in the right place at the right time to help the vegetation life, which I am sure is clapping its greenery in applause and the wildlife is jubilating as well. Thanks to you, snakes, lizards and other critters have more room to escape and survive the Flood Control work, which I find excruciating to witness. Remember when we saw several squashed snakes at the end of a Flood work day? I realize that the Flood Control work is a requirement for Santa Cruz to receive FEMA money in case of a disastrous emergency. And I agree with you: it can be done in a more environment friendly manner.
So…yes, the Boardwalk litter has improved thanks to residents outrage and jumping up and down about the horrid situation. It took City Council members, Richelle Noroyan and Pamela Comstock, to come aboard the litter debacle to get Santa Cruz City & Boardwalk to change the trash policy. It blows my mind that this City, which prides itself on environmental focus, didn’t activate a pro-active trash policy prior to residents going through the Marine litter roof. And I am looking forward to further possible improvement.

Ed, a valued river supporter, caught me absorbed watching a diving adult female Mallard. My claim was met with a raised eye brow as a Mallard exhibited the traditional behavior. Head in the water, derrière straight up into the air. I swore the other one had been diving and I mean full on diving: submerging the whole body under water and staying down for a while. So we waited for her repeat performance. I had my fingers crossed, hoping to prove my statement. I squeaked with excitement as Ed got to witness her full plunge. I wished Jim was there to enjoy the diving Mallard sight with us since he is a river lover as well. Missing his take on the scene, I wondered where he was…

A while back you & I were amazed to see ducklings dive. Since then I have noticed Mamas trying to introduce their little ones to full submerged dunks. The ducklings response have varied from: ”I don’t get this!” to “Let me try” to “ Why me?!” to “ I am getting out of here!” Now this is really interesting: all the diving Mallard Mamas have the blue marking in their wings and the non-diving parents show slightly agitated behavior as their ducklings disappear under water. As a (grand)mother I fully sympathize with their nervousness, because we like to keep close watch on our charge.

I swear the river mouth is moving steadily towards the wharf. I am curious if your mentioned reporter will address this condition, because the river doesn’t look like it would qualify as navigable waters, which is a key pro-paddle argument. My rebuttal to that is: times have changed since the navigable waters law made issued and a re-evaluation might well be in order. But let’s return to the lengthly open river mouth. This is highly unusual for this time of year, when the river is normally lagooned. Also I don’t recall the river mouth opening and closing as much as it has this year. Last Sunday I couldn’t believe my eyes: it was scary to see so many people at the river mouth, which I thought was supposed to be off limits. 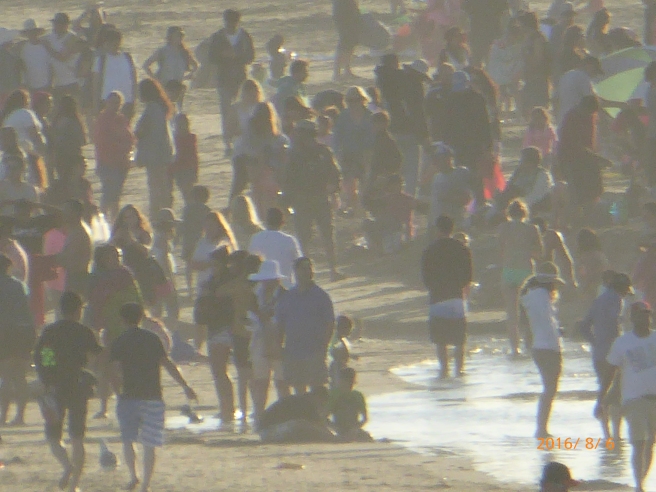 So that’s it for “different” down here and calm flow for up there, jane